The project needed pre-hard 4140 steel for the part. Its tolerance was as tight as 0.02mm. Due to its structure, there were a lot of areas needing wire cutting that would affect tolerance.

We machined the part out by CNC machining and then drilled and tapped holes according to request in 2D file. 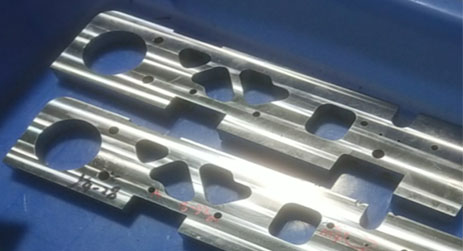 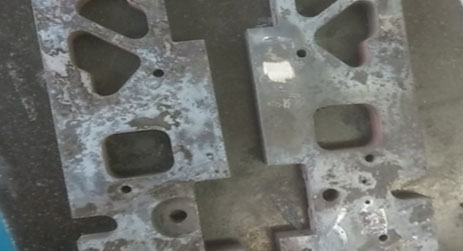 If there was nothing wrong, the part would be finished smoothly and could be delivered ahead of time.

However, our inspector checked there were some discrepancies between 2D and 3D and there were holes missing thread due to no instruction in 2D.

After confirming with customer, we needed to repair the differences and add thread for the holes. But the part was too hard to thread. The tool was even broken and there was no suitable tool to tap the part. It was not wise to reproduce the part since it would took longer time and the delivery date could not be caught.

Finally, we came up with a way to solve the problem. Annealing the part to descend the hardness and then the holes could be threaded smoothly, after which heat the part again to get the original hardness.

Taking this case as a lesson, we realized that we should check 2D and 3D carefully to make a right part at the beginning to avoid mistakes and save time, especially for the part with heat treatment.

Black oxide was applied to the part to gain perfect surface and ability to resist erosion after all processes are finished. Laser engraving was the final step for the part.

If you need help or would like to start your next project with us, please contact us.